A fart’s better half 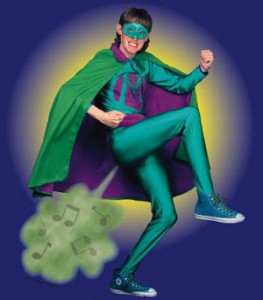 the rush to discover ways of producing energy from non-conventional sources like wind and solar, we have forgotten the uses of human excrement. Human fece is one of the main sources of methane which is also known as bio-gas. Methane is an excellent fuel and is made of mainly CH4 and CO2. It’s touted as the fuel of the future. Methane can be produced in containers known as digesters. These containers hold organic waste material like human poop, caca, shit or whatever else you call it. These waste materials are acted upon by microorganisms which produces methane gas as a by-product.

While the virtues of producing methane this way are obvious, not many people are enamoured with the idea of gathering human scat at one place. Of course, it’s neither pleasant nor appealing but energy production from human excrement could just be the ticket to growth in the future. World population is increasing at an alarming rate and that is sure to eventually exhaust all natural fuel resources. The only source that will keep increasing instead is our own fece and this is why more attention needs to be paid on this front.

Caca and urine are abundant and can be readily accessed wherever human beings settle. At the moment, a huge amount of energy goes into processing of waste matter. With some innovations like composting toilets, biofuel creators, biogas harvesters and microbial fuel cells, we can very well reverse this process and harness the untapped potential of human poop. The idea of producing methane from human shit has its fair share of detractors. Most complain that innovations like composting toilets won’t ever take off in western societies. The solution to this lies in technology itself.

Many countries boast of well-established methane producing programs through the use of human and animal fece. The pig farms in Australia and the cattle farms in USA are just two examples. But all said and done, producing methane from purely human excrement is still a work in progress in most developed nations. Developing countries are more proactive in this sphere as they have realised the money saving aspect of this form of energy. A stand-out example is that of Uganda’s Mukono district where farmers produce biogas containing up to 80% methane by using a combination of human poop, water hyacinth, banana peels and of course urine. This produce is enough to light homes and even drive a few engines.

Many people tend to cringe at the thought of producing energy from human scat but such kind of scepticism will only harm our future generations. Fuels like methane are highly valuable and producing them from human excrement is the best way to ensure sustained growth. Production of fossil fuels has reached its peak which means a decline is on the horizon. Balancing our growth aspirations with this decline is going to be a huge challenge which makes for an even stronger case for the adoption of human fece as a source of energy. The day when we call our shit ‘brown gold’ is indeed not very far away.

Check Out These Other Great Sites